Private visit of the Cathedral and Royal Chapel of Granada

When you book with an account, you will be able to track your payment status, track the confirmation and you can also rate the tour after you finished the tour.
Sign Up

Or Continue As Guest

When you book with an account, you will be able to track your payment status, track the confirmation and you can also rate the tour after you finished the tour.
Sign Up
3713

Why booking with us?

Details of the Private Tour of the Cathedral and Royal Chapel

Private tour of the center of Granada and its monuments run by an expert official guide. The private tour of the Cathedral and Royal Chapel includes a guided tour of the center of Granada starting with the Cathedral. We will continue through the Alonso Cano Square where the imposing Church of the Sagrario is located. Right next to it is the Royal Chapel of Granada, Bib-Rambla Square, and the Alcaiceria (this was the Old Silk Market in the Nasrid era). Next we will go through the Carmen Square, the Corral del Carbon, the Isabel La Catolica Square where the statue of Christopher Columbus with Queen Isabel is located.

You’ll be informed by our Travel Agency.

Organization of the Private Tour of the Cathedral and Royal Chapel

With this private visit of the Cathedral and Royal Chapel we guarantee the best option to discover the Monumental city of Granada. To begin, your private guide will design a personalized tour of Granada so that the monumentality and charm of this favorite city of the Catholic Monarchs will stay forever in your mind.

The visit begins at the main entrance of the Cathedral of Granada. For 3 hours you will walk through the streets of Granada accompanied by a qualified professional guide with extensive knowledge. Your private guide will give you lots of information about the monuments you are going to visit, the architecture and historical notes on the life of the Arab sultans and the Catholic Kings who lived in Granada.

Itinerary of the Private Tour of the Cathedral and Royal Chapel

First of all we will start with the visit of the Cathedral of Granada. It is a symbol of Christianity and proudly presides over the city center (admission € 5 per person not included, to be paid on the spot). The cathedral was the first Renaissance temple in Spain. Acquires all its meaning from the project of imperial city of Charles I of Spain. It was commissioned to build on top of the old mosque by the Catholic Monarchs, and then the emperor decided to continue the actions initiated by his maternal grandparents.

We continue our walk along the Gran Vía de Colón, through the magnificently decorated gate that gives access to Calle Oficios, which is probably one of the most well-known streets in the center of Granada. Our next stop will be the Palace of the Madraza, former University of Granada. Founded by Yusuf I in 1349 during the Nasrid period, it was the first university that Grenada had. Especially relevant was that its departments taught medicine, law and mathematics.

Royal Chapel and The Alcaiceria

Right in front of La Madraza we find the Royal Chapel of Granada, which was the place chosen by the Catholic Monarchs for their final rest. We will visit the funeral temple where the mortal remains of Don Fernando de Aragón and Dona Isabel de Castilla rest (entrance € 5 per person not included, to be paid on the spot).

Our next destination is the Alcaiceria, former Silk Market in the Nasrid period. Situated in front of the Royal Chapel, it draws a network of narrow streets full of shops with crafts from Granada.

We leave behind us the Alcaiceria and, crossing the Darro River, we found the Corral de Carbón, the only Nasrid alhóndiga preserved in the Iberian Peninsula. It was a public building destined to house merchants and their products, as well as an establishment where grain was sold, bought and even stored. The most monumental of the building is its magnificent portal, formed by a large horseshoe arch and decorated with an inscription of praise to Allah.

We continue to Plaza Isabel la Católica, presided by the monument dedicated to the Queen Isabella and Christopher Columbus. This monument symbolizes the moment when Columbus reached an agreement with the Catholic Monarchs for his expedition to the Indies.

Once the Private Tour of the Cathedral and Royal Chapel has finished, your guide will say goodbye to you, not before advising you on different alternative itineraries or activities that you can do to complete your Granada experience.

Photos of the Private Tour of the Cathedral and Royal Chapel 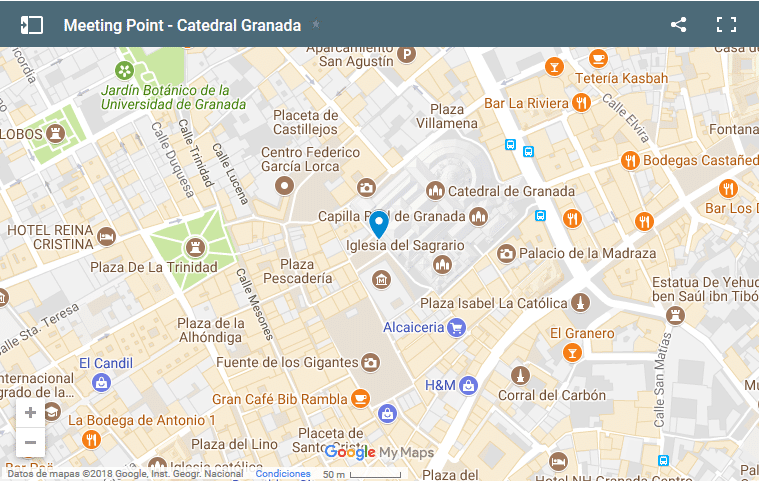 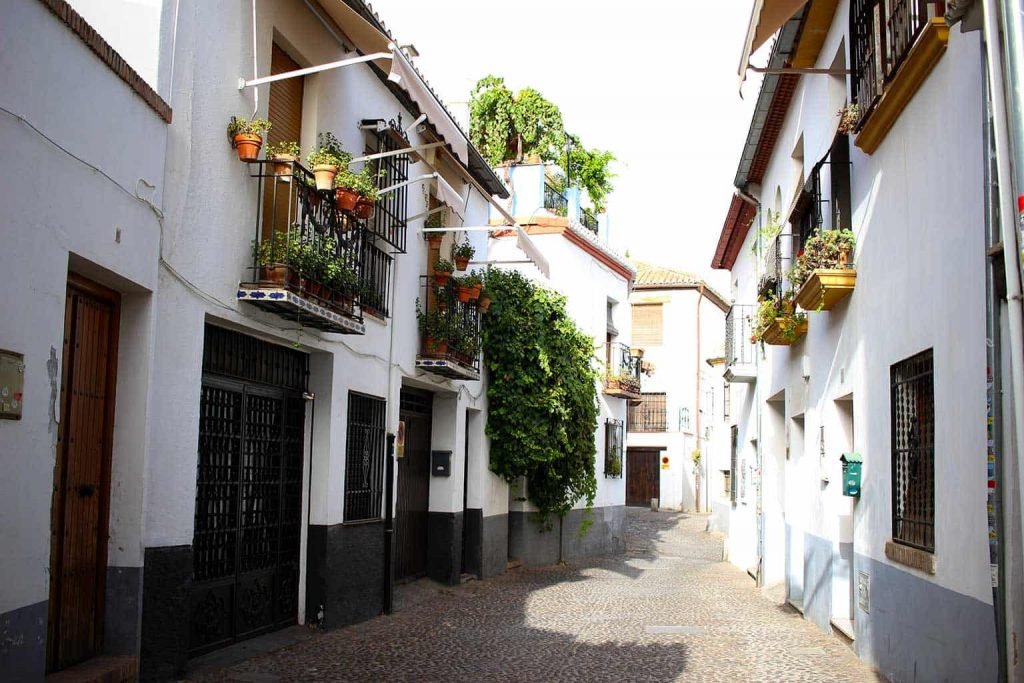 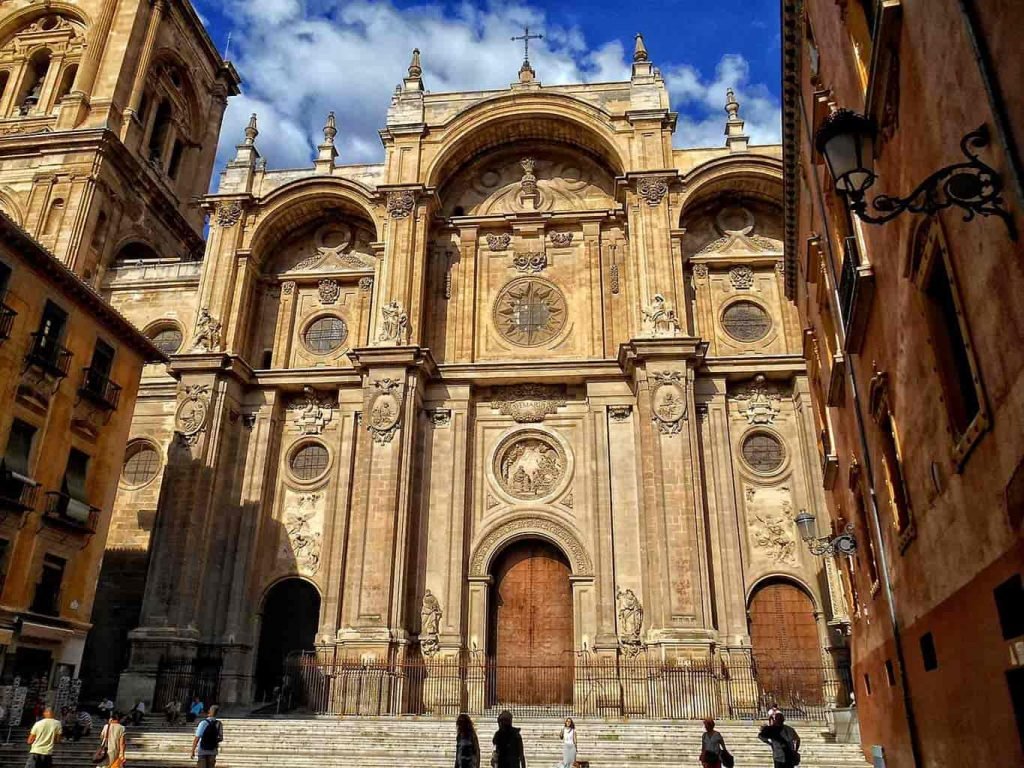